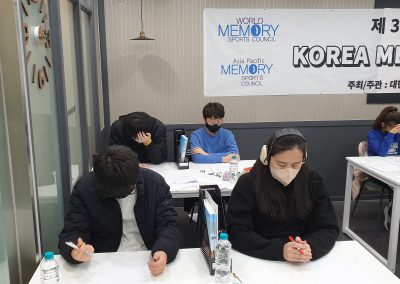 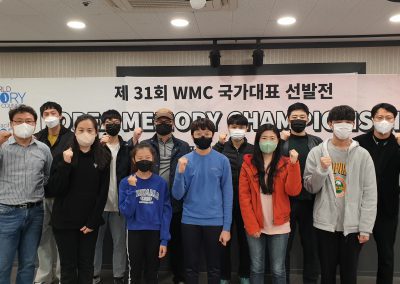 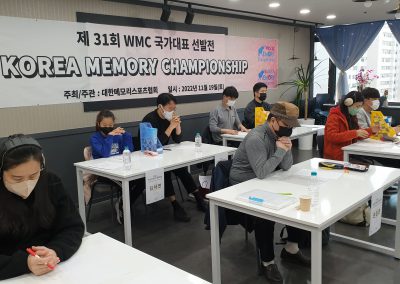 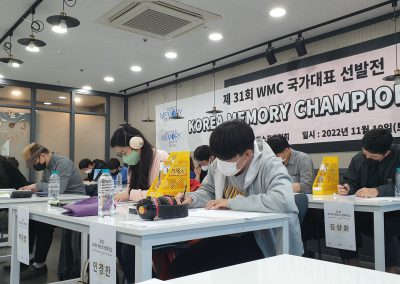 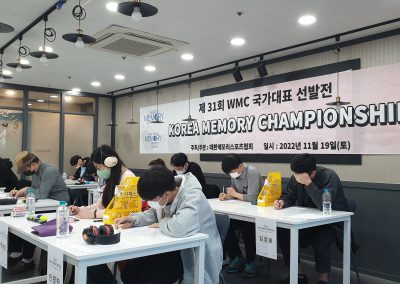 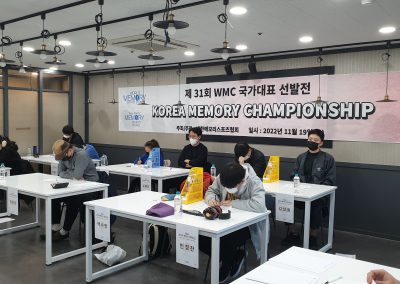 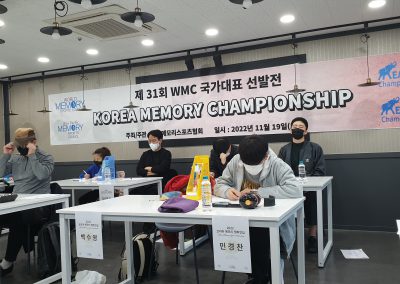 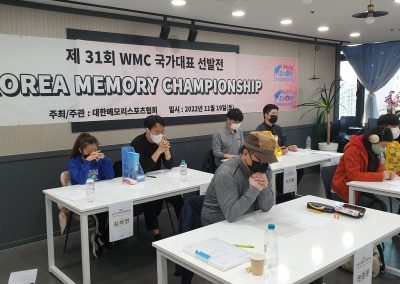 The championship was also held to select South Korean national team players to participate in the 31st World Memory Championship in December. Memory sports, which require more information to be memorized over a set period of time, are one of the mind sports with deep history and tradition. The Korea Championship featured a total of five events: random words to remember more random words, history/year to connect a given situation and year, speed numbers to remember more numbers, binary numbers to remember randomly presented binary numbers, and finally speed cards to remember given cards in order.

As it was the first offline championship in three years, We could feel the passion of the players. Kwon Soon-moon, head coach and representative player of the Korean national team, also showed the best records in four of the five events (Binary numbers, speed number, random word, speed card), showing Korea’s representative memory player and Korean record holder.

In particular, in the speed card event, he showed a tremendous memory of memorizing all 52 cards in 37 seconds. In addition, Min Kyung-chan, a middle school student born in 2008, scored the best score, 62 points in the event of memorizing random words in a short time of 5 minutes. Based on the results of the championships, the representative players who will participate in the World Memory Championship will be selected. Kwon Soon-moon, the national team coach and national player, also expressed his ambition to practice and train harder starting from this championships to achieve a better record in the world championships. At the end of the championships, the Korea Memory Sports Federation plans to do its best to prepare for the Korean national team players to perform better at the World Memory Championship in December.