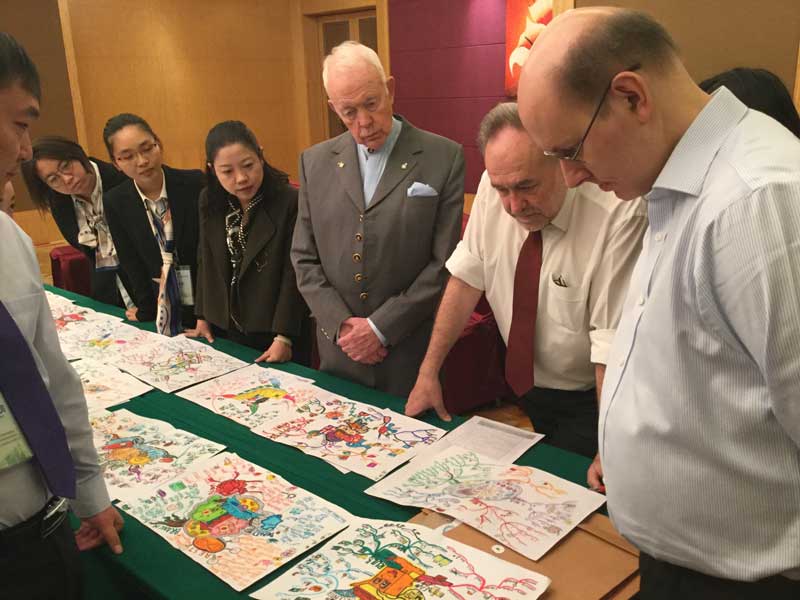 Following the huge success for the World Memory Championships,  the next competition for our Mental Athletes is in Mind Mapping. This will be followed with the final competition for Speed Reading.

Each competitor is given the time they need to actually read the book (but not more than two hours). The reading speed is then evaluated, dividing the total amount of words in the book by the reading time in minutes. This gives a speed in Gross Words Per Minute (GWPM).
Then, the books are collected and a sheet with 20 questions is handed to each competitor. Those questions were designed by the author and by a GOMSA arbiter with a few specific rules. For example, there was a minimum of one question per 5000 words, approximately equally spaced throughout the text. Also, the questions required one or two sentences to answer, with no multiple choice. During the marking, one point was awarded per correct answer, and half point could be awarded for partially correct answers.

A mind map is a diagram used to visually organize information. A mind map is hierarchical and shows relationships among pieces of the whole. It is often created around a single concept, drawn as an image in the center of a blank page, to which associated representations of ideas such as images, words and parts of words are added. Major ideas are connected directly to the central concept, and other ideas branch out from those.

Mind maps can be drawn by hand, either as “rough notes” during a lecture, meeting or planning session, for example, or as higher quality pictures when more time is available. Mind maps are considered to be a type of spider diagram. A similar concept in the 1970s was “idea sun bursting”.

Although the term “mind map” was first popularized by British popular psychology author and television personality Tony Buzan, the use of diagrams that visually “map” information using branching and radial maps traces back centuries. These pictorial methods record knowledge and model systems, and have a long history in learning, brainstorming, memory, visual thinking, and problem solving by educators, engineers, psychologists, and others. Some of the earliest examples of such graphical records were developed by Porphyry of Tyros, a noted thinker of the 3rd century, as he graphically visualized the concept categories of Aristotle. Philosopher Ramon Llull (1235–1315) also used such techniques.