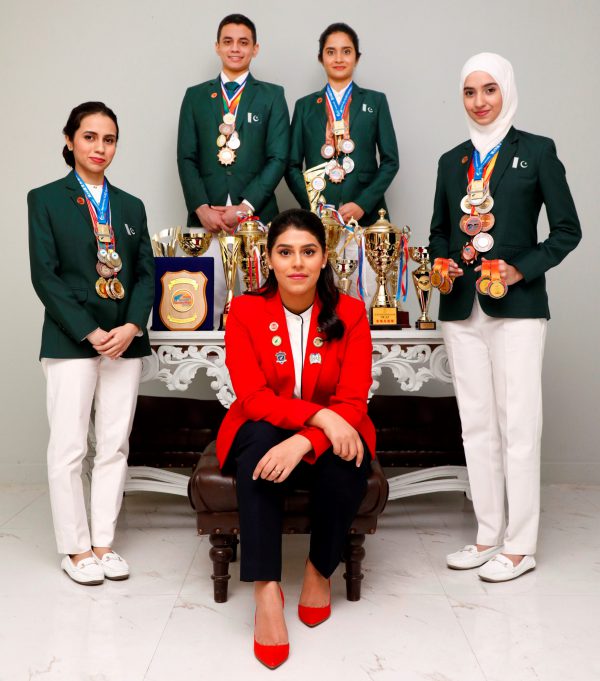 A young girl from Pakistan has won the 29th World Memory Championships global finals, beating more than 300 competitors from all over the world.
Emma Alam competed in over 10 disciplines in three-day competition which included participants from China, Canada, United Kingdom, South Korea, Vietnam, India, Malaysia, Algeria, United States, Hong Kong, Macau, Taiwan, Libya, Qatar and Iraq.
Emma Alam and Syeda Kisa Zehra from Team Pakistan also broke multiple world records in this year’s championship.
The World Memory Championships was founded in 1991 by world-renowned Tony Buzan and Raymond Keene with the aim to shine a global spotlight on the incredible power of human memory.
Emma Alam is a dedicated young girl from Pakistan and has competed in various memory championships.
The late Tony Buzan was the world’s top five speakers reported by Forbes Magazine. He was the one who popularised the idea of mental literacy as well as being the author/co-author of more than 80 books. Raymond Keene is Grandmaster of Chess and an appointed officer of the order of the British Empire by her majesty Queen Elizabeth.
Since 1991, the championship has travelled to various high profile international venues, including The Kingdom of Bahrain, Kuala Lumpur, Oxford University, Imperial College London, The Royal Festival Hall, Olympia, Singapore, Hong Kong, Guangzhou, Shenzhen, Hainan and Wuhan (in 2019).
With the efforts of World Memory Sports Council, Asia Pacific Memory Sports Council, National Memory Sports Council of Pakistan and the Global Chief Arbiter Lester, the World Memory Championships 2020 had adopted online and synchronous mode, where the global memory athlete community competed synchronously in 16 countries and regions.
The candidates with the best, fastest and sharpest memory skills competed to demonstrate their intellectual power and to set new heights of what the human memory can truly achieve.
“The one shining exception was the 29th World Memory Championship, which by a miracle of organisation and global coordination, was successfully put together by our dedicated team, with the Chinese City of SANYA as its base,” Raymond Keene, global president of the World Memory Sports Council, said in his official statement.
He added that the field consisted of an impressive 300 competitors from 16 countries and from this extensive field the winner, world champion from the 29th World Memory Championship, emerged from the Pakistan team, so excellently