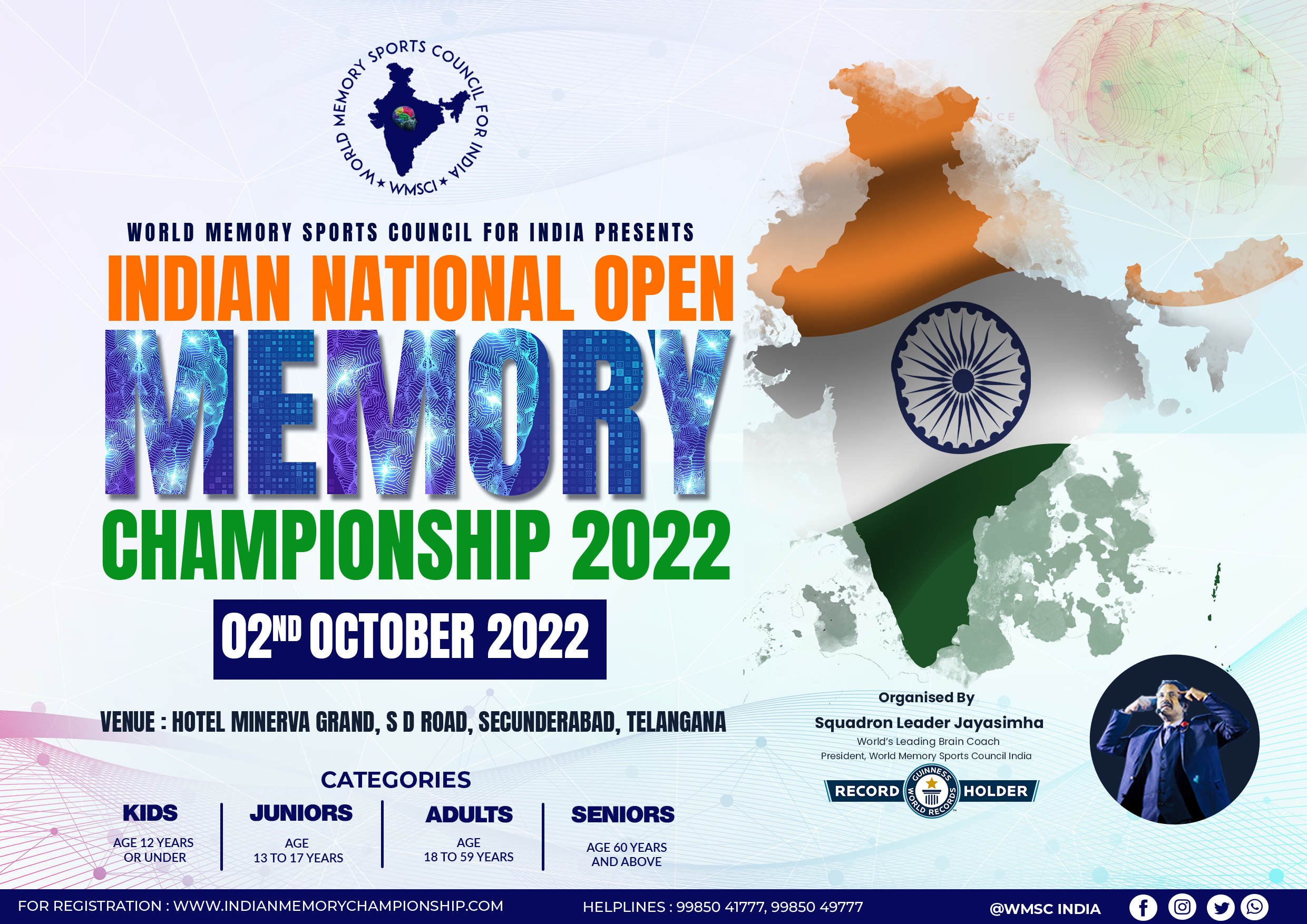 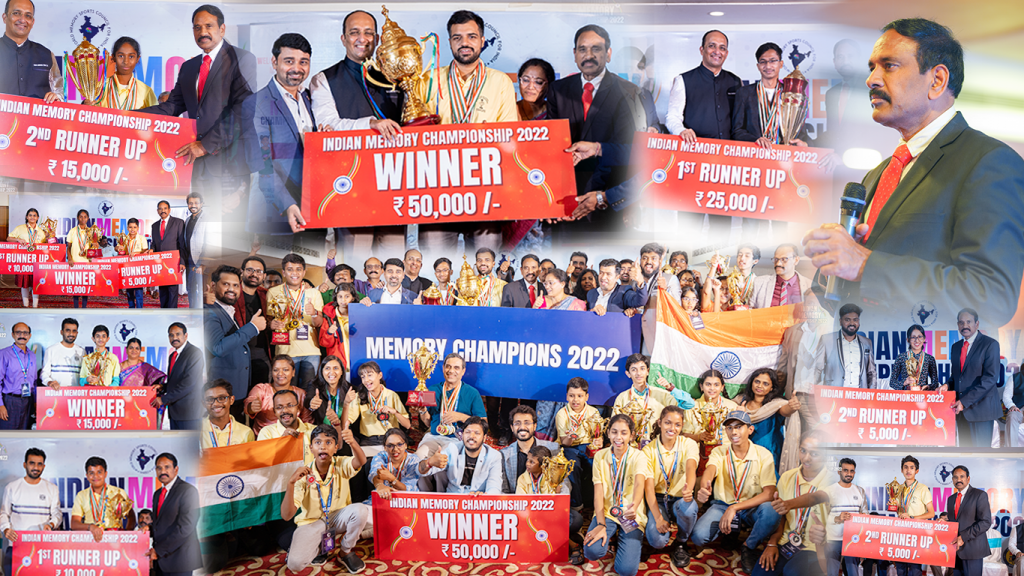 The Indian National Memory Championship 2022 was a huge success

The World Memory Council for India thanks all the officials of WMC, London and the Chief Arbiter for making the Indian Memory Competition a successful one.

The 13th Indian National Open Memory Championship 2022 had a great participation from memory athletes across the country.

Squadron Leader Jayasimha, the President of World Memory Sports Council for India had conducted this Memory Championship which had a massive response from all the Memory athletes from India.

It was a great moment in the Memory chapter of India as Squadron Leader Jayasimha had successfully conducted the 13th Indian Memory Championship 2022 on 2nd October, Sunday at Hotel Minerva Grand, Secunderabad.

More than 150 Memory athletes, youngest to oldest from all over India have participated in the competition.

The BBG Foundation aims at empowering and aiding 4 million girl children in India in the field of Education and helping them to stand on their own feet.

We had Mr Prateek Yadav who won the title Indian Memory Champion 2022 title. He was followed by Visvaa Raj Kumar and Sunanda Sunil.

The youngest kid was Samanta and the  senior most was Hemant Joshi sir.

WMSC for India sincerely thanks the entire team of Jayasimha Mind Education and the WMSC team for putting up untiring efforts for the last 3 months.

Now, the World Memory Sports Council for India had spread into 7 states and soon it will be in all states of India.

Very glad that India is on the right path to host the First ever World Memory Championship in India in 2023.

Special thanks to the entire team of Arbiters, Gold Members, Volunteers.

Looking forward to spreading the Memory awareness all over the country so that India can become a Memory Literate country soon.

Soon, we have the WMC coming up in Bengaluru followed by state level competitions and good memory times are here for us….

WMSC for India is proud to be part of this great team and privileged to have the support of so many teachers, trainers, parents, participants and people in general to encourage Squadron Leader Jayasimha in this direction.

Congratulations to Squadron Leader Jayasimha and his team which had executed the conduct of Memory championship 2022 so well.

Once again special thanks to BBG CEO Mallikarjuna sir for the BBG Bangaru thalli Memory Awards.

For training, participation and to know more details, please contact Squadron Leader Jayasimha, the President World Memory Sports Council for India on +919866018989 or email at visionjay@gmail.com or visit www.jayasimha.in

Special thank to Lester He, the Chief arbiter WMC and all the officials of World Memory Sports Council, London for their continued support in spreading the memory awareness across the globe.