The link between Montegrappa Pens and Memory – by Tony Buzan 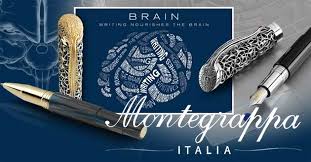 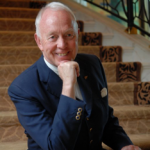 I met the Montegrappa in Dubai at the Emirates Literary Festival where I was a key note speaker. I was speaking about poetry and mind mapping and the importance of tactile and kinaesthetic thinking.

I believe that it is the case that when one is writing with a beautiful pen, it changes the way in which the brain thinks. This is because it is beautifully physical, the arm becomes a phenomenal conduit of all the information. And so writing with a pen incorporated the model with intelligences of words, of rhythm, of music, of tactility, of smell, of visual music and that was what a pen was.

The late poet, Ted Hughes, discovered that when he and others were using a fountain pen, all their creativity was much better than when writing poetry or essays digitally. Using a keyboard, they were much more robotic, and mechanical, so I lectured on the importance of writing with a wonderful fountain pen.

When I was in the Emirates Festival, the Montegrappa pen company was displaying their incredibly beautiful pens and asked me to support what they were doing.  At that point they were designing The Brain Pan with a wonderful cap that symbolised the brain and symbolised genius.  It is this pen that I now use to capture my thoughts. Without a doubt it is the most exquisite pen I’ve ever had.

I am thrilled that the first three of the new limited edition Memory pens will be presented by Montegrappa to our top three winners at this year’s Jubilee World Memory Championship.