Lübeck, 9. April 2016. at the weekend met the elite of the European Memory Sports to the North German memory championships in Lübeck.

Almost unnoticed by the public was L 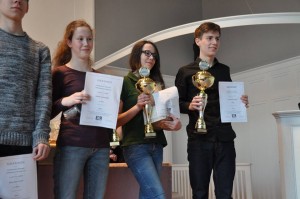 übeck on weekend hosts the north German memory championship under which also held an open competition. To the high-profile field of participants with participants from 6 countries (Germany, Norway, Denmark, Belgium, Netherlands & Philipines) were alone 6 of the 8 members of the German teams that at the end of last year as a team to the title of world champion in chengdu, China won.

Couples in lübeck, according to the records. Johannes Mallow won in the adult group “playing cards” a new world record by only 10 minutes in the order of 400 playing cards and was able to remember the previous record by 20 Cards improved. How close was the field shows together at Simon Reinhard, also a member of the world champion teams, with 371 Cards only just below the previous world record remained. 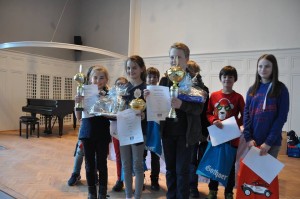 Junior Konstantin Skudler realized 320 numbers and 696 numbers each in only 5 minutes and cracked so that equal to 2 German records.

Also a newcomer impressed the field of participants with a new world record in the age group of kids. The Twelve-Year-old max kier took the first time ever on a championship part and realized in just 5 minutes 39 names and faces. In the age group children set he is sovereign through and won the title of the north German memory

master.
With the juniors won Konstantin Skudler. Jan-Hendrik bushes for the first time was the north German champions among adults.
The “open” already won multiple world champion of Johannes Mallow.

After all, were also the memory athletes from the region will not be left out. The Lübeck Erin Daniela Freelance was for the first time in a championship and won 3nd place, what you’re best newcomer in the age class of adults. Also the rondes hage nerin Althea Heath Müller, in December the world champion title in the teamwettbewerb from China to northern Germany had brought was again successful. In this year, she won the title of the Vice-Master among young people. Your Sister Aneska, in London in 2013 also part of the world champion-team was, managed to place 3.
Both now want to take part in the German Championships: ” last year we were still in the age group of kids. Now with the young people, the competition is much harder. The competition is great. But we’re hoping for a good placement, so that our father’s participation in the world championships allowed.”, Tells Althea Heath Muller. The 2016 World Cup will take place in December in Singapore. Maybe get the sisters then yes again a world champion title after lübeck. It would be the third time.

Winners _ children. Jpg ” Max Kier is right to be proud, as you win best newcomer rarely equal to the championship. On the seats 2 AND 3, followed by Anna long and Ann-Kristin Bock ”

To the memory of sport:
The memory sport will be organised on an honorary basis within Germany. Participate in the whole world championships now over 40 nations. In Asia is the memory sport already arrived in professional sport, will be broadcasted live on television and lures with high prize money. Memory athletes are treated like pop stars. In the children & young people lead categories, China and Mongolia the Ratings. AT THE ADULT DOMINATE the USA, Sweden and Germany.