Can your memory get better with age – not worse? 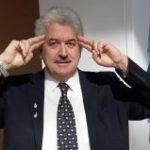 To prove this, he is coming out of retirement as a memory competitor, to demonstrate that at the age of sixty, he can still break memorisation records he set thirty years ago.  He will be competing in the 11th UK Open Memory Championships and he is throwing down to gauntlet to anyone or any age, who wants to challenge him.

Neither Dominic, nor indeed any other memory competitor,  was born with a particularly good memory. It is the techniques they have learnt, and it is the amount of practice they do that help them to develop amazing memories.  In fact, no matter what we think of our own memories, all of us are capable of remembering so much more, if only we knew how.

Schools and universities teach people what to learn, but not how to learn it. It is the use of simple memory techniques that can give anyone the edge and help them achieve far better exam results or indeed in anything else in life.

In 1991, It was Professor Tony Buzan along with the Chess Grandmaster Raymond Keene OBE, who came up with the idea of holding the first ever memory championship.  No-one had done it before, so they put the word out for anyone who reckoned that had a good memory, to come and take part.

A dozen or so people responded and the event made history. 26 years later the sport is now practiced in over 40 countries and attracts thousands of competitors around the world.

So this year, that same invitation is being shared once again. If you’ve got a good memory, come and prove it – and alongside Dominic and other competitors, you could win up to £2,000 in prizes. Full training is offered – free of charge

It is an amazing fact that, unlike many other sports that take years to get to a world-class level, the World Memory Champion  in a number of recent years, had only been practicing the sport for just over a year. Could you be the next World Memory Champion?   The first step would be to take part in the UK Open memory Championships. Who knows what could happen next?

Dominic says: “I am on a mission. I believe we have far better memories than we think, no matter what our age. All we lack are the simple techniques that the memory competitors use, and a bit of practice. Having taught school children how to be better at exams using my techniques, I now want to inspire the older generation too. Far from losing our marbles, we still have the ability to have an amazing memory, if only we give it a chance”.

Dominic added: “With every physical or mental skill, if we don’t use it, we lose it. With computers, smart phones, and tablet devices to memorise everything for us, we are losing the skill of memory. But it is not too late!”

“It is not age that makes the difference” believes Dominic “but how you challenge and stretch your brain every day.” And the best way to do this is to take part in the competitive mind sport of memory.

Matt, the cartoonist, memorably created a cartoon about when the pensioners were marching on Downing Street with placards proclaiming “What do we want?  Where are we going? Why are we here?” However, our memory or the increasing lack of it, is no longer a laughing matter.  It is the one thing that we fear losing the most.   What’s the point of enjoying a ripe old age if you’ve forgotten about it by the time you got home?

With so many of us using our Smart phones, tablet devices and computers to do all our remembering for us, is it any wonder that memory is a dying art?  These days few people can even remember ten items on a shopping list! Can you?  Don’t forget – with memory – it is ‘use it or lose it’!

It has been proved that people who regularly exercise their brains, using techniques such as are used by memory competitors, can significantly delay the effects of old age.

Tony Buzan is the joint founder of the sport. He’s also a top international businessman, the author of over 100 books on the brain, the inventor of Mind Maps®, and the man who has done more than anybody to put these so-called ‘mind sports’ on the … well, on the map.

Says Tony, described in The New Yorker as ‘The biggest name in Memory’: “The great thing about memory sports is that everyone can compete in them. The Championships are based on fundamental cognitive skills that are essential for everybody’s survival.

“All of us, no matter how appalling we might think our memories are, can – with the correct formulae and a little bit of practice – train our brains and memories to function ever more efficiently and effectively. The contestants at the UK Memory Championship are people just like you and me who’ve trained their own brains at a level reflecting their true potential.”

If you’d like to interview Chris Day, the General Secretary of the World Memory Sports Council or get some of his top tips for improving your memory ahead of the competition please get in touch. Also, if you’d like a press pass to cover the event please contact: helenlewis@literallypr.com.