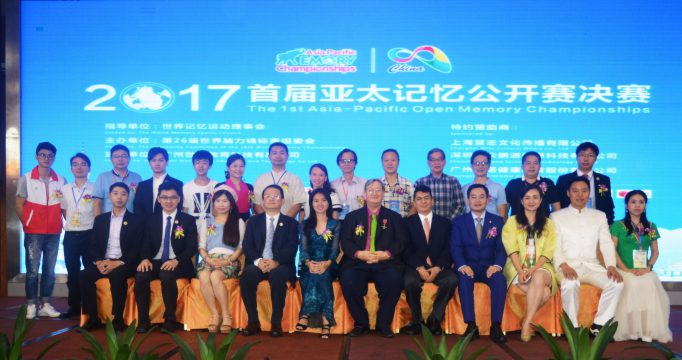 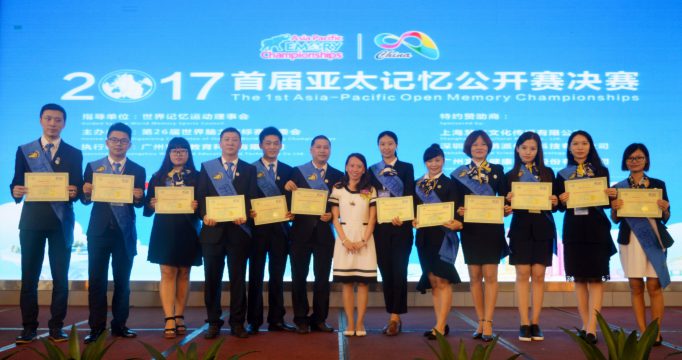 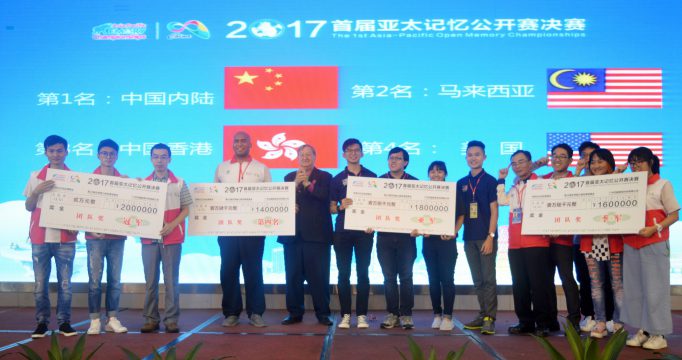 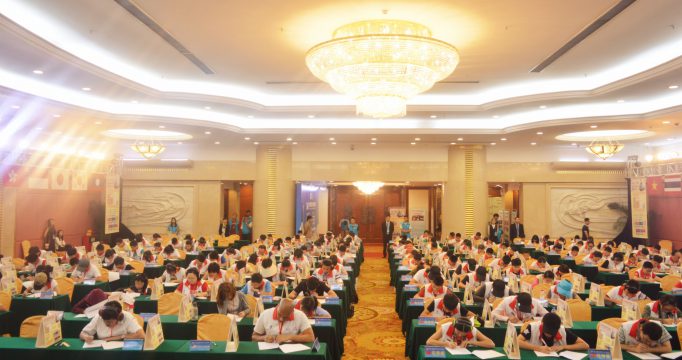 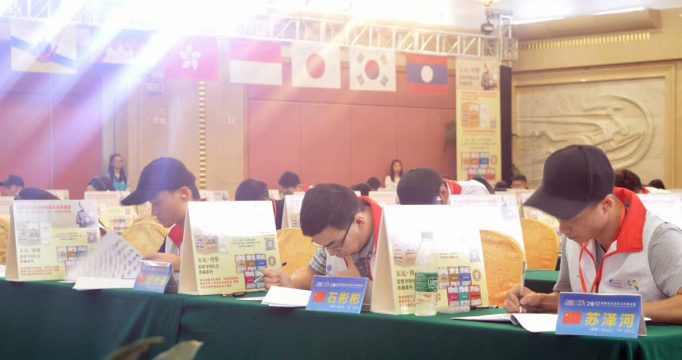 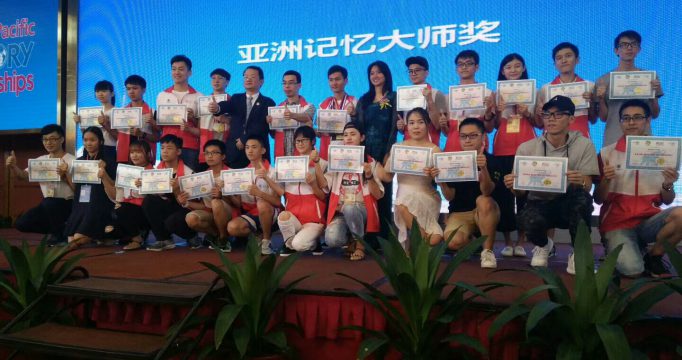 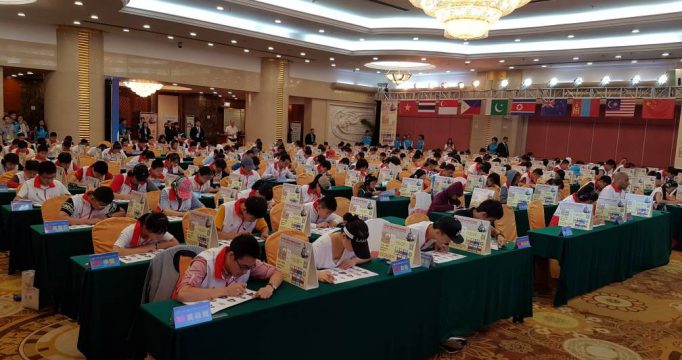 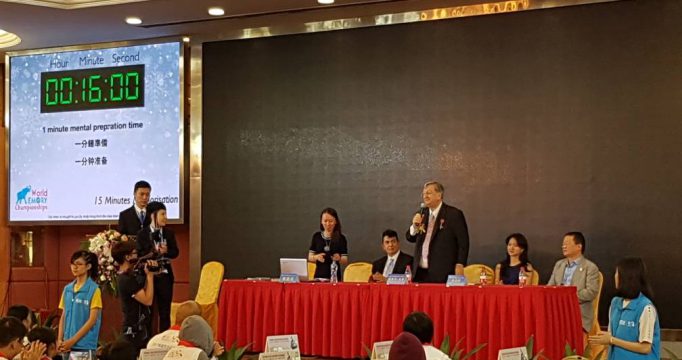 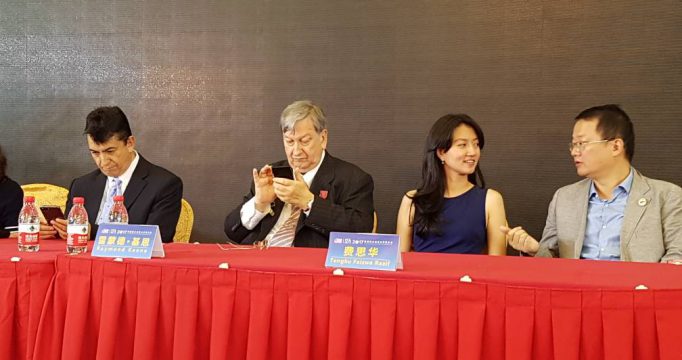 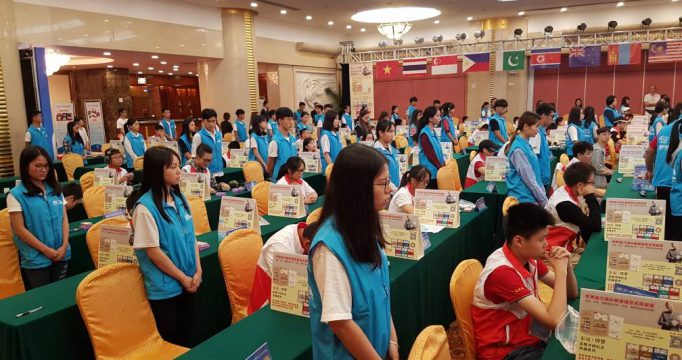 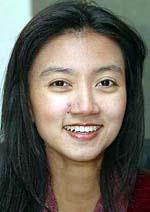 The first Asia Pacific Open in the luxurious Asia International Hotel, Guangzhou, attracted almost 180 entrants competing for the magnificent US$40,000 prize pot. The race was dominated by Su, Gan and Shi, and at any given moment anyone of these looked likely to be the ultimate winner. As it was, Su nosed ahead by virtue of his ability to break records and establish new parameters for achievements by the human brain.

An encouraging feature was the enthusiastic presence of many youngsters who will prove to be the brain stars of the future.    One slightly negative feature was the decision by ‎former WMSC arbiter Andy Fong to stage a coinciding Memory competition in a gymnasium in Hong Kong, thus slightly depleting the numbers in Guangzhou. WMSC wishes to make it clear that Mr Fong no longer has any connection with WMSC and that results in competitions organised by him will not count for officially recognised records or ratings! 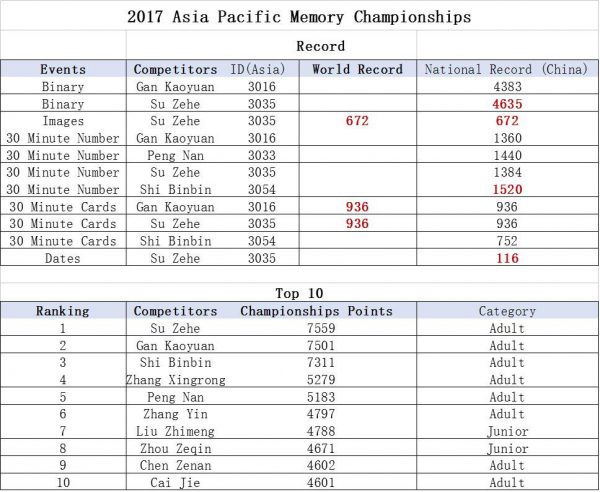 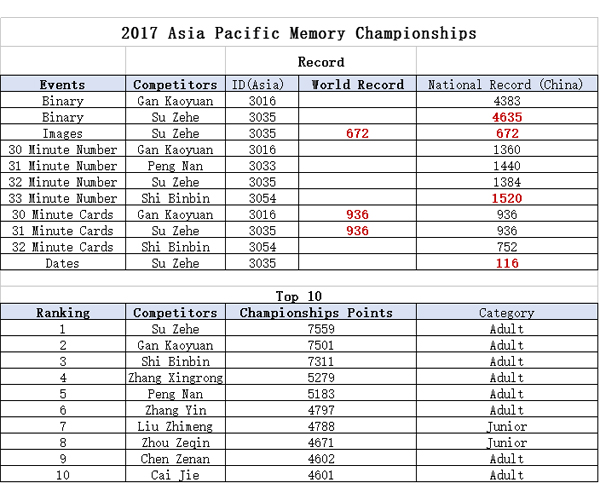 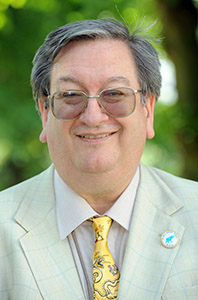 As Global President of The World Memory Sports Council,the World’s only official governing body to recognise Memory Power,  I have travelled from UK specifically to welcome all of you today and , of course,  our VIP guests to the first Pan Asia / Pacific Memory Championship.

May I congratulate ‎the organisers and sponsors, Asia/ Pacific President David Zhang, Mr Guo, Sophie Huang….on their magnificent efforts to create and host this important event in the twenty sixth year of the foundation of WMSC…and in such a splendid and appropriately named venue : The Asia Palace Hall of the five star Guandong Asia International Hotel!

I also congratulate David Zhang on his provision of the outstanding prize fund ‎of $40,000 Dollars. The highest Memory prize fund in the world , apart from the WMSC World Memory Championship itself.

Memory power is of vital importance to everyone…to school kids and college students , who have to pass exams, to businessmen and women and all professional people , who need to master facts and information…and to the elderly , who wish to keep their mental powers intact and their brains fit.

Memory Sport , unlike many other competitive activities‎, is open to all competitors on an equal basis, young, old, male, female, there are NO distinctions or barriers.

I wish you all the best of good fortune and hope that you will break many personal,  national and world records. Of course, the latter will be recorded and honoured by Guinness World Records.

Finally , I wish to thank all the Arbiters and supporters,  who will also gain valuable qualifications‎ for their future careers! Competitors , of course, are also striving to achieve personal world rankings and official Master Titles, which can only be conferred by WMSC.

Thank you once again and may the best Brains win!! I look forward to greeting many of you again  this December for the official WMSC 26th World Memory Championship!!!